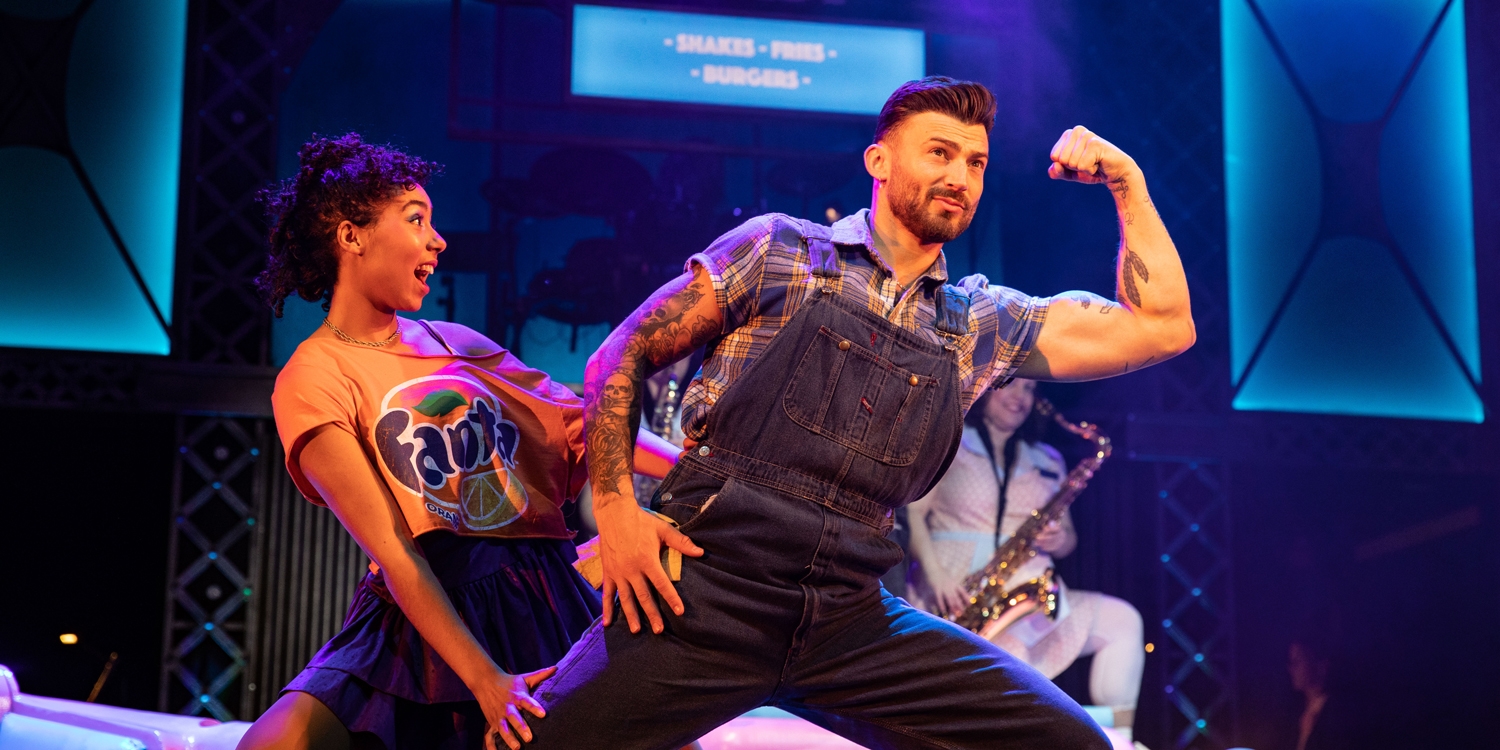 Any self-respecting 80’s fan will be familiar with the movie “Footloose” starring Kevin Bacon and a then relatively unknown Sarah Jessica Parker. If not the movie then its hugely successful soundtrack which spawned a number of hits that are the staple of many an 80’s mixtape.

The good news is the movie transfers very well to stage.

For those unaware the story follows teenager Ren (played energetically by a perfectly cast Joshua Hawkins) who moves with his single parent mom to the backwoods town of Bomont where the only thing to do is hang out at the diner. Ren loves music and also loves to dance. However, due to a tragedy a few years back, dancing is banned in Bomont – a rule enforced by the high school faculty and the town reverend (played by Darren Day – still in fine voice). The reverend’s headstrong and rebellious daughter Ariel (played very convincingly by Lucy Munden in an unbelievable professional debut) is Ren’s best chance at abolishing this rule. Joshua & Lucy have a great chemistry and their voices sound fantastic together on “Almost Paradise”.

Jake Quickenden is a revelation as local hick Willard – and I’m not talking about him stripping to a pair of gold shorts (although a woman in the audience could be heard saying “THAT’S what I paid my money for”!). He played the character brilliantly and was very charismatic. I can see him carving out a career in musical theatre.

This is a brand new production which has all the instrumentation being played by the actors on stage. This works very well. Highlights include “Holding Out For A Hero” (complete with compulsory wind machine), “Let’s Hear It For The Boy” (an excellent vocal from Oonagh Cox as Rusty) and personal favourite “I’m Free (Heaven Helps The Man)”.

There was a well-deserved full standing ovation for the finale which left the audience wanting more. Catch it if you can.

Let’s hear it for the cast!