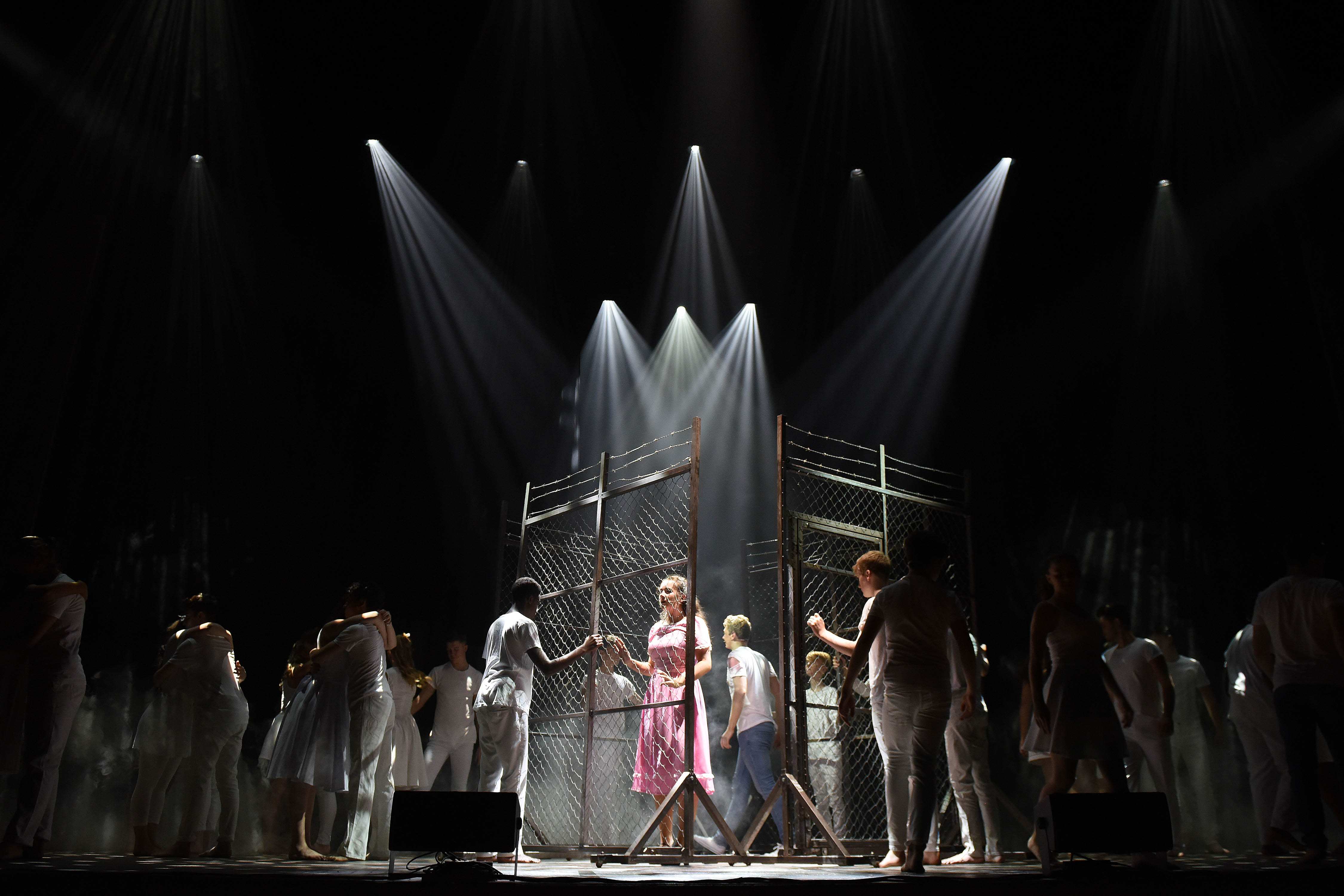 “Stage Experience” returns to the New Alexandra Theatre for their fourteenth annual production and this time they tackle one of musical theatre’s big guns – “West Side Story”. However, this young cast does it more than justice.

Jerome Robbins’ original production of West Side Story was first staged in 1957 and was a game-changer. Since then we’ve seen numerous musicals come and go. So, sixty years later, the question is – has it stood the test of time. The answer quite simply is yes. The theme of opposing gang culture is as relevant today as it was back then.

The story is one as old as time – boy and girl meet, fall in love, but destiny is against them. It is based on the love story to end them all – Romeo & Juliet (we even get a balcony scene) but it’s not necessarily the story that is the main attraction here. Those honours really go to Leonard Berstein’s stunning score and Stephen Sondheim’s wonderful lyrics.

A young and energetic cast of well over one hundred tackle the choreography with much exuberance tackling all the styles of dance that this demanding piece demands.

The star-crossed lovers are played by Elliot Gooch (Tony) and Grace Whyte (Maria). They were a great pairing and their voices were phentermine online 37.5 stunning, especially in the “Tonight” duet.

A stand-out performance comes from Leah Vassell as the sexy and fiery Puerto Rican Anita. One of the best female roles in musical theatre, Ms Vassell brings all the aspects of Anita’s character to life in a performance which belies sixteen years of age. A highlight is her duet with Maria – “A Boy Like That/I Have a Love” which they both perform beautifully.

A special mention should also go to little Alfie Mitcham who had a hilarious scene stealing role as Glad Hand which had the audience in stitches.

Most of the songs in this show are well known classics but a highlight has to be the “Somewhere” dream sequence which here featured an absolutely spine tingling solo from one of the young ladies in the cast. Another audience favourite being the always joyous “Gee, Officer Krupke”.

Director and choreographer Pollyann Tanner once again delivers the almost impossible by staging a full musical in two weeks, especially at this standard. As she said herself, this is her favourite musical, and even though it must’ve been a labour of love she should be immensely happy with the result.

I’ve seen “West Side Story” quite a few times but this production made me feel very emotional as I’m sure it did many others.

5 stars. Robbins would be proud.